Your Complete Guide to Getting Disapproved Facebook Ads… Approved

The process may lead you into a spiral of frustration and continued disapprovals. While banging on your keyboard might feel like a fantastic outlet for said rage, we don’t recommend it.

Recently we set up Facebook ads for a client who sold protein powder. The ad set was disapproved for being “inappropriate,” and when we looked into this it became clear Facebook disapproved the ads because they thought we were selling er,… adult toys.

How Facebook thought a canister of PROTEIN POWDER was a sex toy, we have no idea (bots, anyone?) — but this is merely one example in a sea of thousands of situations we’ve seen.

Ads for soaps, hand creams, coffee beans, wellness treatments and even t-shirts were rejected by Facebook advertising team (bots? AI? humans? cyborgs?) for being inappropriate, explicit or flat-out something that “will make others feel bad.” Yes, Facebook cares for your feelings.

Half the time, Eden Ads is hired to handle disapproved Facebook ads for clients who are simply too frustrated to deal with Facebook constantly disapproving sponsored content.

So, you’re not alone, O Frustrated Facebook User. It happens to the best of us.

Just recently we loaded a hand cream ad which was rejected for being “too controversial.” (Ummmh…) But fear not! We have a few tricks up our sleeves we’re happy to share in the hopes that you’re able to get your ad campaigns off and running.

Disapproved Facebook ads: initial Steps for Overturning the No 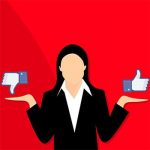 If your ad isn’t approved, as a first step take an honest look at your ad content—both the visual and the copy. If your ad contains adult content, promotes any kind of violence, nudity, illegal activity, misleading claims or sensationalism it is likely to be flagged and disapproved. We don’t love or agree with all of Facebook’s advertising policies, but you can read them in full here.

Up until September 2020, if your ad graphic contained too much text, it could be disapproved. The tool proposed by Facebok to measure the % of text coverage had been widely criticized for years in the advertising community, on the ground of both advertising fundamentals and pure testing proving Facebook wrong. Facebook finally listened, and gave new advisory guidelines to advertisers. It’s helpful to read them.

Finally, check that your URLs are correct and that your landing page(s), website and link pathways are all functional.

If you move through these troubleshooting steps and still have trouble getting your Facebook ads approved after appealing the decision, read on.

Getting Facebook Ads Approved… WTH Adam, help me out here!

Getting disapproved Facebook ads approved is an art and a science. It’s also a real pain in the butt. Sometimes making a simple change to the ad creative and appealing to Facebook’s bots—I mean, ahem, customer service team—does the trick.

But sometimes, this process just leads you into a spiral of frustration, rage and continued disapprovals. While screaming and banging on your keyboard might feel like a fantastic outlet for said rage, we don’t recommend it.

Instead, try the following (see pictures for illustration).

If through this course of action you find your ads STILL are not approved, we’re sorry to say you’ll have to delete the campaign and start from scratch.

Sometimes Facebook can be a real doozy to work with, but we put up with it because it’s an otherwise fantastic advertising platform that allows seriously precise targeting based on audience behavior that exists literally nowhere else on the internet.

If you’re struggling with disapproved Facebook ads and want some help with campaigns that will literally blow your mind with the return on ad spend (ROAS), or even if you just want some free advice from our expert team, we’re happy to chat with you. Give us a call at (813) 940-5699 or send us a message here.

What Focus For Your Google Ads Campaign?